Don’t marry him if he is one of these  is another fascinating teaching by Pastor Mildred  Okonkwo.

I know you might be thinking that I meant outright blindness. Well, that’s not what I’m talking about. Do not, marry a man with no vision and cannot see.  Sometimes, we need to understand something literally before understanding it figuratively. Let’s say you and your fiancee enters his car and next thing he does is to blindfolds himself. Are you still going to be in that car? Maybe because you love him. Of course not. So. That’s what I’m talking about.  The bible says that two cannot walk together except they agree. What are you agreeing on, what us he seeing for the future? Another angle to this is marrying a man who cant see what you can become in the future.

2. Don’t marry him if he is insecure and jealous

I don’t how you can marry a man who is not your biggest cheer leader. How do you cope with a man who is so jealous of your success? First of, men already have so much ego which you need to deal with. Now imagine marrying someone who has a problem with women being great. I don’t know if anyone be it male or female should dim their light for another to shine. The Bible says our light should shine so you should marry a man who will let you shine forth without any reservation.one of the worst things that can happen to anyone is trying to dim your light because you do not want someone around you to feel uncomfortable. If you have a supportive husband or someone who encourages you, please do not become disrespectful or disobedient because you feel you have made it in life.marry a man that will celebrate all your wins.

If he says, wait let me ask my mummy, please run! The Bible says for this reason shall a man leave his father and mother and cleave to his wife. This speaks of maturity. If he is immature, if he goes to seek his mothers counsel for any little thing, then you should run! He’s not a man to marry. He who plays the piper dictates the tune. If you are with a man who collects money for everything from his mother, that is liberty for the mother to do anything in that home.

4. Don’t marry him if he is abusive now

Be it physically, verbally, emotionally or psychologically. I say this a lot of times to ladies. You are the favor pipe because the Bible says he finds a wife obtains favor from the lord. Without you, there’s no favor. Do not let any man look down on you or say hes doing you a favor by being with you. He should actually see it as a privilege being with you. If he man makes you feel less than you are, hitting or saying derogatory words to you, then you should run!  Some of you are in a toxic situation that you do not know what toxicity is any longer. Some people even say how do you know its love when he doesn’t beat you sometimes. Like what the heck is that! If a man is punching, hitting, scratching,kicking, or beating you, please talk to someone. Do not hide it. If he literally makes you beg for attention especially when you have little issue, run for your life.

5. Don’t marry him if he is hot tempered

You crack a joke and he is coming on you with anger. You say something and then he is shouting about how disrespectful it was. Anger is a spirit. If there’s violence, it usually takes anger before that. People have died because of anger. Do not marry him if he has uncontrolled or prolonged anger or opinionated. If a man is hot tempered, he is not a person you can toy with. So run  while you can. 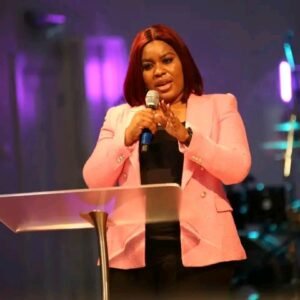 6. Don’t marry him if he is stingy

A man that is not generous will deal with you. Stingy with compliments, stingy to his family because you will need something.

7. Don’t marry him if he is unfaithful

If you marry a man that is unfaithful and you went ahead to marry him, I’m so sorry for you. Marriage doesn’t change anyone. It amplifies people. There are a lot of men out there who are very faithful.

8. Don’t marry him if he is unruly

If he is someone no one can talk to, then you are finished. No one knows it all so you should marry someone who has people who can put him in his place, who can talk sense into him.

9. Don’t marry him if he spoils you

10. Don’t marry him if he is an unbeliever

If you are a christian, then you must marry a christian. As a  christian, you are alive and shouldn’t marry someone who is dead. Can you go to the cemetery and pick a mate? The answer is no! Why then do we do it in Christendom?

As you heed to these instructions, I pray God will direct you to the right person. Amen!

One Key To Having a Successful Marriage by Pastor Kingsley Okonkwo

What Nobody Tells You About Divorce By Pastor Kingsley Okonkwo

Is Marriage a Covenant or Contract?- Pastor Kingsley Okonkwo

Wisdom for your Next Level by Funke-Felix Adejumo